Pulling together in lockdown

A rare disaster in the form of pandemic has temporarily brought the world to its knees. As countries scrabble to fight an invisible enemy, the world has been put in lockdown. The subsequent collapse in activity that has resulted from this is unlike anything experienced in living memory; the word ‘unprecedented’ is bandied about in daily parlance. Housing Association Magazine’s Joe Bradbury discusses COVID-19:

Economists project global 2020 growth at -6.1 percent… that’s MINUS. Emerging market and developing economies with normal growth levels well above advanced economies are also projected to have negative growth rates of -1.0 percent in 2020, and -2.2 percent if you exclude China. A recent UN study said 81% of the world's workforce of 3.3 billion people had had their place of work fully or partly closed because of the outbreak.

As unemployment figures are masked with terms such as furlough (how many furloughed staff will have a company to return to, post-lockdown?) we find ourselves in the worst economic recession since the Great Depression in the 1930’s.

For the time being, over half of adults in the UK are currently paid by the government. Right now, we are a welfare state.

What does this mean for social housing?

Like everyone else, I wish I knew the answer. However, it is worth mentioning that prior to the COVID-19 outbreak, the housing sector was far from perfect. Think massive housing waiting lists, high rents and houses that are so expensive that they lie out of reach for the many. Think the recent year-on-year increases in homelessness and sofa surfing, evictions, overcrowding also point towards our inadequacies.

Perhaps coronavirus has placed it under the microscope, where arguably it should be. Will it prove to be the catalyst for change?

So far, the government has published guidance for private and social landlords covering possession proceedings, rent arrears and property access during the crisis, as well as some associated issues.

It calls for landlords and tenants to reach agreements over rents and says access to properties should be restricted to “serious and urgent” repairs issues. It also says that landlords’ obligations on repairs have not changed.

From 27th March, the courts suspended all ongoing housing possession action for an initial period of 90 days. This means new cases, as well as those already in the system, cannot result in an eviction.

In short, we’re cobbling through. We’re weathering one storm in preparation for the next. The forecast is cloudy, but there are silver linings! 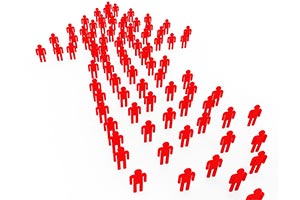 At a time when people are losing their lives to a virus, their income to a recession and their overall security, you would think it would be impossible to draw any positives. However, the social cohesion clearly present throughout British society (VE day being the latest example in a string of many) is definitely worthy of mention. Social media seethes at the odd exception, but the fact of the matter is that on the whole people are pulling together. It needs little description, as it can be felt across the country. Take its temperature for yourself. See it appears transcends traditional barriers such as class, race, religion etc.

Even the staunchest curmudgeon would be hard-pressed to say they haven’t felt any sense of strengthening community throughout this crisis… and seemingly against all odds! Tabloid media has been relentless in pitting us against one another, sharing images of people (many without gardens) finding a few moments peace in parks and calling them the enemy. The government has attempted to lay blame on the general public instead of acknowledging their shortcomings in adequately supporting the NHS in the run up to this crisis. And don’t ever get me started on Facebook…

In spite of this constant assault in thought, the fact that we can still pull together as people is a testament to our strength in unity. It is we, the people, who are helping the most vulnerable in society. Every day we show willing ambition to overcome. This is the mindset that defeats a pandemic. Not draconian self-destruction.

When I think back to the early days of lockdown - the confusion, the misplaced anger, the aggression, the cold unfriendliness of the average person on the street, the fear, the panic-buying – I feel a sense of relief that we have grown as a society since then. It’s hard to pinpoint progression amidst chaos, but it can definitely be felt. We walk a clumsy path in trial and error, but we’re getting there.

There is an undeniable sense of moving towards an acceptable conclusion as a collective, and I urge readers to take some comfort in that.
Whilst we’re all casting worried eyes over our dwindling bank accounts, it can be hard sometimes to see any difference between life and money. But it is in realising that separation we can find peace of mind. From that healthy standpoint, I know we will rebuild.
Have faith! Your industry needs it. Even if you aren’t working at the moment, you’re doing a great job.

This article and other blog’s by Joe Bradbury appear regularly on Mitsubishi Electric’s The Hub, click here to visit