Theresa May has announced that local councils will be able to borrow more money to fund housebuilding developments, in order to meet affordable housing targets.
The cap on funding applications for the Housing Revenue Account (HRA) will be scrapped, said the Prime Minister, helping people to get on the housing ladder by allowing councils to “build the homes this country needs”.
At the Conservative Party conference in Birmingham, Mrs May said, “Solving the housing crisis is the biggest domestic policy challenge of our generation. It doesn’t make sense to stop councils from playing their part in solving it.” 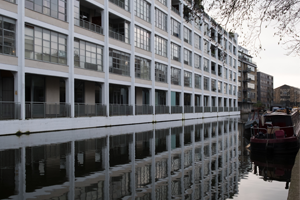 The news will be welcome from councils who have struggled to meet the target of building 200,000 starter homes as set out in the Tory manifesto in 2015. The starter homes should be sold at a discount of 20% off market value, although there was criticism in May this year when Dominic Raab, then a housing minister, admitted no starter homes had yet been built.
Cllr Diarmaid Ward, Labour member for Holloway Ward and Executive Member for Housing and Development in the London Borough of Islington, said, “The borrowing cap is not the only issue. Under the current rules, local authorities only receive 75% of the proceeds of any property that is sold under Right to Buy. The rest goes to the government. But government red-tape means that this receipt is only allowed to be used to pay for one third of the build costs of a new council home: we still need to find the other two thirds.
“Right to Buy proceeds are also not allowed to be combined with any other grant funding, so many councils are struggling to spend them in the time allowed by government. All this red tape around right to buy receipts and grant funding would need to be scrapped as well if we’re going to maximise council home building and tackle the housing crisis.
“The devil will be in the detail, one sentence from Mrs May is not enough – we need action.”
A Downing Street spokesperson said, “This gives councils the tools they need to deliver a new generation of council housing – up to an estimated 10,000 additional homes a year. The cap will be lifted as soon as possible, with further details confirmed in the Budget.”