How the Tenant Fees Act will impact housing providers

The new Act prevents landlords from charging deposits worth over five weeks’ rent, while letting fees are banned. Charges for damages will not be allowed, unless there is ample evidence of costs produced.

Property experts say that, while on the surface the Tenant Fees Act seems like an extra layer of protection for tenants, it could end up costing them more money.

“The Tenant Fees Act throws the baby out with the bathwater. All payments are prohibited unless expressly allowed. If landlords don’t follow the rules, they could for example be fined for not returning a holding deposit to a tenant who withdraws without spend thousands on legal fees or even sell up if they cross with crooks who know their way round this Act.

“Landlords may even have to repay tenants who owe them thousands of pounds. Unless landlords take legal advice or are very experienced, 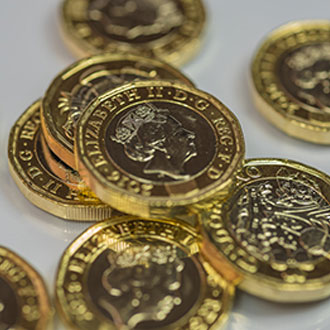 they could lose their businesses.

“This Act, which MPs are so proud of, goes way beyond what was needed. In the wrong hands it is a rogues’ charter for devious and defaulting tenants. It appears HM Government wants PRS landlords to sell up. This Act continues that project.”

The effects of the Act are already being felt, as one 33-year-old woman has revealed.  The woman, who didn’t want to be named, rents a one-bedroom flat in a converted semi-detached Victorian terrace, and pays £615 a month rent.

“I had a call recently from my landlord with news that the agency that manages the property I rent intends to scrap my tenancy renewal fee of £50 a year and instead raise my rent by £25 a month,” she said.

“Forfeit the holding deposit of a prospective tenant who has told blatant lies, and the landlord could be punished if they don’t follow precisely the Act’s procedures.

“If landlords overcharge, accidentally or otherwise, by even a penny they may commit an offence. Even repaying the tenant as soon as a mistake is spotted does not prevent liability.

“Councils are tasked with enforcement and some tenants, especially those with large rent arrears or the ‘tenant from hell’ whom every landlord fears, may try to enlist over-worked councils to threaten landlords with £30,000 fines and being placed on a ‘rogue landlords’ register.

“And that means landlords will be looking at ways to recoup the money which will inevitably come back to the tenants.”

Mr Gibson – whose company has more than 1,000 properties on its books across the North East – has already put a plan in place to offset the implications of the Act by finding ways of reducing costs.

But he reveals that other agencies are not being so proactive. Research carried out by Daniel Craig Residential on agencies in the region has highlighted that the average landlord fee for letting a property has doubled, going from 50% of a month’s rent to 100%.

“This repackaging of fees into a so-called rent increase, represents a charge five times more than I would pay annually for my renewal fee. My landlord won’t receive this extra money.

“I know I’m only talking about £250 more a year but I’m saving really hard to save for a deposit for a property and increases like this make my dream of home ownership less and less realistic.

“When I heard about the legislation I was thrilled but now I’ve discovered I’ll be worse off than before.”