Why is Floodex UK so important?

With new, more efficient mapping techniques and long-distance forecasting, there could be increasing use of this data, which will affect the decisions of mortgage and business lenders, insurers and investors, if they are not convinced a property is resilient enough; especially as 70% of flood damage is caused by surface water runoff and will be more of an issue as roads and real estate is developed.

Whilst the political environment will continue to shift, the practical decisions that need to be taken in order to maintain existing infrastructure and put in new measures will only grow. This year's Floodex UK in Peterborough was certainly a must attend event for the sector.

Wealth of knowledge at the Show

Officers and policy makers working in this area, as well as colleagues looking at the wider housing/infrastructure issues were spoilt with some fantastic speakers at this year's event. David Sisson (Honorary Policy Advisor for ADA) and Greg Smith (Environment Agency) got the theatre sessions going discussing, a partnership approach to catchment management.

Alastair Moseley, Director of the Future Water Association, shared his thoughts on property flood resilience and a new code of practise. The housing needs that confront the UK, combined with the increasing risks of flooding mean that it's essential that all stakeholders do what they can to manage risk in this area.  Floodex gave the opportunity for people within the sector to come together, the breadth of companies represented was noted by Selwood Pump's Adam MacDonald who were exhibiting.

At the ADA dinner which took place in the evening after the first day, it was reported that one of the exhibitors had done deals worth over half a million pounds that day. A good sign in terms of business being done for exhibitors at the show. A steady flow of visitors came over the two days. We spoke with some of the exhibitors to find out their views:

'Quality of the leads we've been getting so far have been really good' commented Matthew Smith from Vega Control. 'After coming last year, it was a no-brainer to come back again' said John Geelhoed from Mastenbroek. He went onto add, 'Anyone who is looking to sell into this market this is the place to be'. Antony Prince, Business development Director from Spearhead said he 'Had the opportunity to network with quite a lot of customers old and new.'

Whatever the make-up of the next government, the idea of catching water where it falls has shot up the policy agenda following heavy flooding in recent years. In house-building it's known as Sustainable Urban Drainage Systems (SuDS) in which developers create features like ponds and grassy hollows, which catch heavy rains and provide the spin-off benefit of wildlife habitats.
Apparently, some MPs are adamant that new housing developments that contribute to the risk of flooding, are still being built.

House builders are supposed to create housing schemes that catch water with features like green roofs and porous road surfaces. The government has frequently said it's committed to reducing flood risk.

But the Commons Environment, Food & Rural Affairs committee says rules on drainage for new homes are still weak and poorly enforced.  MPs say this has to change, because the government's commitment of a million new homes by 2020 must be achieved without an increase in flood risk.
These are going to become more prevalent as council's, such as Wokingham Borough Council, implement new bylaws. The new land drainage bylaws ban development within eight metres of drainage ditches and are intended to reduce the risk of flooding from man-made obstructions and damage.

They prevent developers or farmers building houses or agricultural structures too close to a ditch which will protect the natural flood plain, creates a buffer zone for wildlife and protects homes from flooding.

Joined up Thinking and Collaboration

'It's essential that industry customers and suppliers continue to have the opportunity to come together under one roof. Much has happened since the event in 2016 which could have a significant influence on how drainage and water level management evolves in future years, especially including Brexit, de-maining and partnership working.' said Innes Thomson, chief executive of ADA.

Thomson went on to say, 'As an industry we must remain visible, strong in partnership and influential in ensuring that the correct strategies are determined and the right decisions are taken by government. Floodex does just that.'

Jon Irwin, event director said “these are exciting times, whilst Floodex UK continues to develop, the concept has been expanded with Floodex Europe, running as part of the Amsterdam International Water Week”.

For more information on the next Floodex UK event, visit www.floodex.co.uk. 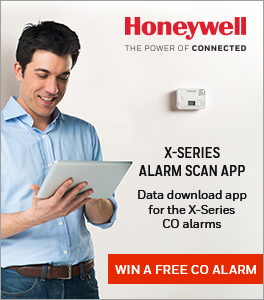