Draft Safety Bill: what this means building service and maintenance

Last month I wrote a technical review of the latest Fire Safety Bill, where I outlined the specific details of how the Fire Safety Bill legislation will be implemented and enforced.

Similarly, this month we will be focusing on the latest part of the attempts to create a reformed building safety regulatory system, specifically the Government’s Draft Building Safety Bill and what this will mean for the service and maintenance of buildings.

There has been an intense focus on building and fire safety following the Grenfell Tower fire in 2017. In response to this Dame Judith Hackitt chaired an independent review of building regulations and fire safety which has led to the new proposals being put forward. The Draft Building Safety Bill was borne out of the government response to the Building a Safer Future recommendations from Dame Hackitt.

The government has accepted the review’s recommendations and this Draft Bill, which, alongside the Fire Safety Bill and fire safety consultation, will set out how we at Colt will be helping to ensure the most significant improvements to building safety in nearly 40 years.

The Draft Building Safety Bill will enable the government to bring forward necessary reforms to the service and maintenance of high risk buildings, with a clear focus on improving both building and fire safety.  The Government’s objective is for the long-lasting reform of the building safety system so that people will be, and will feel, safer in their homes. And, crucially, they can trust in the competency of those who are responsible for the service and maintenance of their building.

The Bill is effectively enabling legislation, once passed, it will give government the powers to make changes to the law regarding building safety.

Until these new laws come into being, the smoke control service and maintenance regulations will continue to come under the requirements of the Regulatory Reform (fire safety) Order 2005. To understand what your legal obligations for maintaining smoke control are under the RRO, you can download the whitepaper for more information.

However, changes are also expected to be made to the RR(FS)O. for example, common areas, such as external walls, balconies and front doors of apartments are expected to come into scope.

What this means for the service and maintenance of existing buildings?

•    The Building Safety Bill has introduced the concept of the ‘Accountable Person’ or Duty Holder, and a Building Safety Manager (BSM) in each building. This will mean that there will be someone who is permanently tasked with holding the responsibility for keeping residents safe in high rise buildings – those that are 18 metres and above.
•    The BSM will be responsible for ensuring all life safety systems are fully functioning and that maintenance is carried out professionally and on time
•    The ‘Accountable Person’ will need to listen and act upon any concerns raised by residents about their building safety. This will mean that residents are given a louder voice as to what service and maintenance is required in their building.
•    Residents and leaseholders of these buildings will both be given full access to vital safety information about their building. This will give residents more clarity when it comes to the service and maintenance of their building.
•    In addition to the ‘Accountable Person’, there will also be a new national regulator for building safety, within the Health and Safety Executive. Their role will be to manage the accountable persons and ensure that their jobs are being carried out correctly.
•    The regulator will also oversee the appointment of a panel of residents who will therefore be given another platform to raise any concerns about the safety of their building. And importantly to give the residents a role in the process of the service and maintenance of their building.
•    The regulator is there to improve the competence of people responsible for managing and overseeing building work.
•    It is hoped that the implementation of an accountable person and a building safety regulator will lead to higher standards of building safety and performance across all buildings. And it will make the process of servicing and maintaining a building a more transparent operation for the residents of these buildings.

Why you can trust Colt in this new era of accountability

•    Colt’s highly competent and fully accredited service and maintenance department have always prioritised building safety above all else. This means Colt will be fully equipped to comply with any changes implemented by the Building Safety Bill for building managers.
•    The draft building safety bill will establish a more stringent regime to strengthen the management of fire and structural safety risks for new and existing buildings
•    The stringent new set of rules for high-rise residential buildings contained in the draft Bill, will apply when buildings are designed, constructed and then later occupied.
•    At each of these 3 stages, it will be completely clear who exactly is responsible for managing the potential risks and what is required to move to the next stage enabling a ‘golden thread’ of vital information about the building to be gathered over time.
•    Aspects of building safety such as Smoke control is a necessity for buildings and especially those buildings considered of a higher risk.
•    Smoke control is vital to protect means of escape and to ensure that fire-fighting stairs remain usable. Colt has pioneered the science behind smoke control since the 1950s and therefore Colt is acutely aware of the potential danger that a poorly maintained smoke control system can lead to.
•    The new Building Safety Bill protects buildings from firms that are primarily motivated by cutting costs ahead of ensuring the safety of the building they are contracted to work on.
•    The Draft Building Safety Bill means that those who are responsible for the building and management of higher risk buildings will need to actively demonstrate how they have taken resident safety into consideration in their work.
•    The regulator will be given the power to take quick and effective action against those that don’t priorities safety, by imposing heavy fines. New criminal offences should ensure that those responsible for the building during design, construction and operation can be held accountable for any shortcomings.
•    According to the Bill “The regulator must provide such assistance and encouragement to relevant persons as it considers appropriate with a view to facilitating their securing the safety of people in or about higher-risk”. Therefore, the regulator will need to directly assure the safety of higher risk buildings is being fully and vigilantly considered. 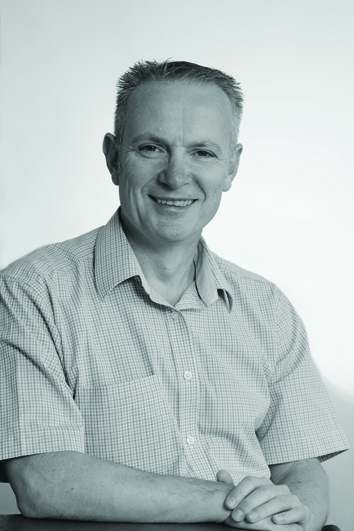 Colt’s high level of competency is evidenced by the fact that it became the UK’s first company to be certified to both IFC SDI 19 and SDI 05. These smoke control standards were awarded in recognition of Colt’s longstanding skills in both installing and servicing of smoke control systems.

Colt’s competency means that we are fully confident that we will be able to meet the rigorous new standards outlined in the draft Building Safety Bill, Fire Safety Bill, and Fire Safety Order consultation. And we welcome the system of reform that will bring forward vital improvements to safety standards for residents of all buildings.